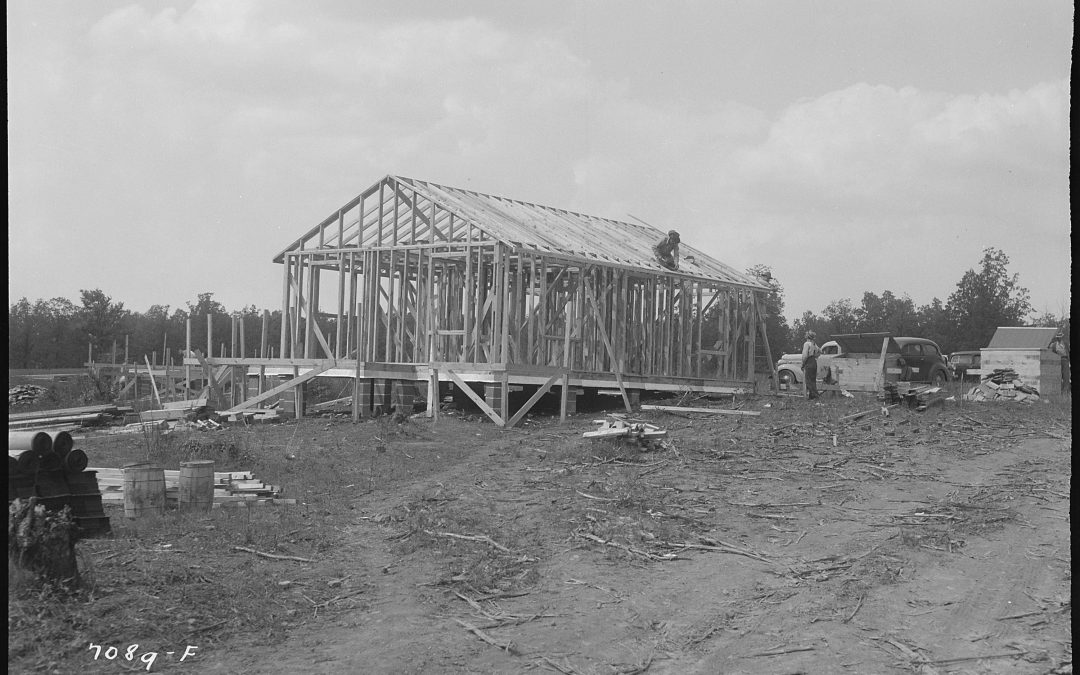 Circa May 2019, plans were unveiled to build a neighbourhood of 3D printed houses for a group of low-income farmers and palm weavers somewhere in Latin America by the end of the summer of 2019. (As of the end of June 2019, its exact location is not public knowledge.) The project is a collaboration between self-proclaimed “integrated design and branding firm” Fuseproject of San Francisco, California; housing non-governmental organization and charity New Story (also of San Francisco), and ICON of Austin, Texas. (ICON describes itself as a “construction technologies company dedicated to revolutionizing homebuilding and making dignified housing the standard for people throughout the world.”)

At Austin, Texas’s 2018 South by Southwest festival, ICON and New Story showed off a 350ft2 proof of concept model of a 3D printed house. Here, a 3D printer from ICON code named Vulcan printed the building’s main structure. The rest was done by humans, including the windows and roof, taking 48 hours and costing $10,000 to make. ICON are now armed with the superior 11.5ft tall and 33ft wide Vulcan II for the project, which they claim will print each building within 24 hours and with almost no waste. ICONS’s FAQs page proclaims it can print 2.5 times faster and over an area 4 times larger than the original Vulcan.

In July 2017, global research non-profit organization the World Resource Institute released a report proclaiming that the equivalent of 1.2 billion people worldwide don’t have access to affordable and secure housing. It can only be hoped that 3D printed houses will become a viable solution for low-income communities across the world.

Disclaimer: Featured image of “Defense houses under construction – NARA – 280727” is in the public domain in the United States because it is a work prepared by an officer or employee of the United States Government as part of that person’s official duties under the terms of Title 17, Chapter 1, Section 105 of the US Code.